Home / Blog / Construction at its core. Saudi PIF announces the rolling out of its five-year Vision Realization Program.

Under the guidance of His Royal Highness Mohammad bin Salman Al- Saud, the national sovereign wealth fund of the Kingdom of Saudi Arabia (PIF) has approved the next five-year strategy that will keep Vision 2030 firmly on track.

At the recent board meeting chaired by the Crown Prince, His Royal Highness the chairman of the Public Investment Fund put forward the strategy that will act as a roadmap for the fund as it plans to invest a minimum of USD$40 billion (SAR150 billion) annually in domestic projects.

As a leading economic catalyst for the Gulf state, the Public Investment Fund seeks to further develop the Kingdom’s wealth by contributing to non-oil GDP growth and further developing opportunities for economic diversification.

In a wide-ranging effort to unlock new sectors within its economy, the Saudi PIF intends to grow its assets under management to USD$1.07 trillion by the end of 2025. 21% of this target is earmarked to be funneled into new growth sectors including transport & logistics, real estate, aerospace and defense, entertainment, leisure & sports, healthcare, and financial services.

To date, the Saudi PIF has been able to triple its assets under management to nearly $400bn, whilst firmly establishing ten new sectors and generating 331,000 jobs both directly and indirectly.

Keen to build on this success, the subsequent five-year Vision Realization Program will aim to continue its funding to meet the Kingdom’s Quality of Life initiative and ensuring new human futures for its future generations.

With construction at its core, The Saudi Public Investment Fund has been a key player in the nations efforts to level up. Through a series of investment phases across multiple projects, the PIF aims to carve out a lucrative domestic tourism and hospitality sector within the Kingdom.

Mega projects including the highly anticipated AMAALA development and the luxury Red Sea Project resort forecasts one million tourists per annum by 2035 and is expected to contribute SAR 22 billion annually to Saudi GDP.

As extensive development work across NEOM continues, construction of The Line is expected to begin around the first quarter of 2021. It is considered to be one of the most complex and challenging infrastructure projects in modern history.

Incorporated as part of PIF’s diverse world-class portfolio and forming a cornerstone of Vision 2030, The Line is set to become an additional economic engine for the Kingdom as it drives forward its diversification agenda. Its formation is expected to create 380,000 jobs whilst providing SAR180 billion (USD48 bn) to domestic GDP by 2030.

The current success of the ambitious Sakani housing program, as well as the ongoing rapid expansion of metro lines across the nation’s capital further highlight the active role that the PIF is taking in the Kingdom’s development.

The revamping of Riyadh’s infrastructure, combined with the completion of King Abdullah Financial District (KAFD) and the capital’s four well-being projects is sure to put Riyadh firmly on the map as a global financial and logistical hub, open to investment and welcoming of new Saudi futures. 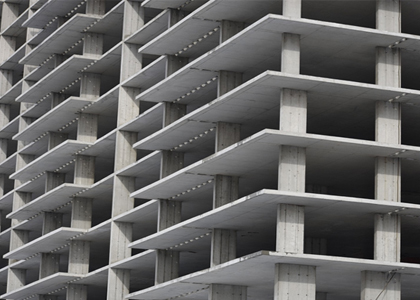