It’s now 90 years since the Kingdom of Nejd and Hejaz was renamed as the Kingdom of Saudi Arabia by the late King Abdul Aziz Ibn Saud. The past 90 years have been a period of significant growth for the country. To celebrate Saudi’s 90th birthday, we look at five of the country’s most ambitious projects that are creating a bright new chapter in Saudi Arabia’s future.

The jewel in the crown of the new Saudi Arabia, Neom will become the world’s most futuristic destination. Located in the northwestern region, and spanning around 26,000 square km, Neom is a city of the future, being built from the ground up.

Phase 1 of the $500 billion projects has recently been completed, with the transport and utilities design phase now underway. The new city will embrace new technologies and play a key role in attracting investment into the new Saudi Arabia.

Another project in the northwestern region, Amaala is a luxury tourism project that will create the ‘Riviera of the Middle East.’ Over 2,500 hotel rooms and 800 residential homes will be built around this beautiful part of the Red Sea.

The project will cover around 4000 square km with the main emphasis on preserving the natural beauty of the region. Multiple contracts have been awarded on this project in 2020, and it was announced that Amaala will include an international airport.

Creating a new kind of Saudi destination, the Red Sea Project is a 28,000 square km development located between the cities of Umluj and Al-Wajh. It will create a new lifestyle and leisure destination that includes expansive marinas, 14 luxury and hyper luxury hotels, and multiple other developments, both on land and at sea.

Supported by the Public Investment Fund, construction is underway with the first kilometer of the road network having been completed recently. The project will include 77km of roads, plus multiple developments on the region’s ninety offshore islands.

Covering 50 square km, the $1.6 billion project will create a new industrial zone in the Eastern Province. Located between Dammam and Al-Ahsa, the city will consist of 5 zones, the Industrial Zone, the Dry Port and Logistics Zone, the Business District, Training Center Zones, and the Residential Zone.

Phase 1 of the development, which includes the construction of roads, utilities, and real estate assets, was 60% complete in 2019 and is expected to be ready in 2021. Once Phase 1 is completed, it’s expected to attract over $2 billion of foreign direct investment.

A unique Saudi project, Diriyah Gate will restore the 15th-century city of Diriyah, Saudi Arabia’s original capital city. The $17.1 billion project, which is expected to attract 25 million visitors annually, will include 20 hotels, 5 iconic public squares, a 15,000-seat arena, and a Formula E racetrack.

Diriyah Gate was the first Saudi megaproject to break ground, and according to the project’s chief design and development officer Jonathan Timms, we can expect to get a first look at the new streetscape and some of the city’s amenities, in early 2021.

Thanks to Vision 2030, the next decade is set to see great changes across the Kingdom, with a number of developments taking place that will further contribute to a modern and prosperous Saudi Arabia. 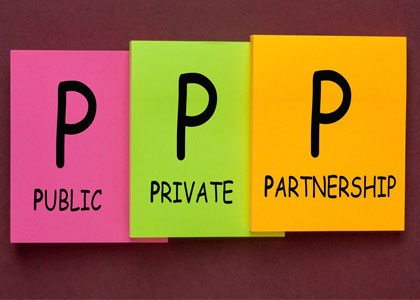